The first case affected by the swine flu might be a five-year-old child from the Mexican town of La Gloria, reads an article in the New York Times. Authorities have identified Edgar Hernandez, a child belonging to a family with limited resources, as the number zero patient affected by this disease...

This article attracted my attention, because it referred to a child and also given the name of the town where the epidemic originated, nothing other than: Glory.

If we proceed from the premise -confirmed by the Kabbalah - that everything happening in the third dimension (in the physical world) has been previously incubated in the world of the spirit, which Teillard de Chardin called the “noosphere”, let's see how the epidemic ( I resist using the term pandemic) originated. If you read the news between the lines, interpreting the signs, maybe we should say ...

That in the glory, the divine kingdom, the headquarters of our Higher Self, a plan has been developed to help us understand that our inner child´s defences are weak, he is undernourished, lacking in resources. The shortcomings of this inner child are like termite holes through which the virus penetrated, transmitted by the most "unclean," dirty and impure areas of our psyche. Let us not forget that there are cultures that veto pork on their tables, considering the pig an impure animal.

But what is the inner child? The inner child symbolizes purity, freshness, tenderness, candour, spontaneity, sincerity, innocence, humility, fair-play, it is not considered a part of the matrix, the world of programming. It symbolizes the imagination, the joy, the absence of constraints, barriers and all beliefs, other than to believe that anything is possible. Children also represent the new impulses of the psyche, which lead us to renew ourselves, to abandon routine. The inner child is the freedom to dream and act following only the impulse of the spirit, this spirit which becomes limited, conditioned and thwarted as we mature.

What does it mean to have an inner child that is undernourished, weak and lacking in resources? It means that the rest of the psychic structure, formed by all our tendencies, is not paying this child - this purity, this innocence, etc. - any attention, it is not providing him with any source of energy. Everything on which we focus our attention, receives our energy, it is nourished by us and so grows. What is happening in society now is the immense incongruity in that what most attracts our attention is not the child, but the virus that has invaded him.

This virus should be delighted because we are all contributing to the fact that it is growing to unimaginable dimensions, we are treating it as if it were a king. We have given it the front pages of all world media. It surely should feel like an all-American rugby star, after winning the Super Bowl. Urbi et orbe total success because, as if this were not enough, it has succeeded in making an ever- growing number of people walk down the street disguised as nurses, wearing a face mask.

It is as if they were moving in a giant hospital. A hospital inhabited by a society sick with fear and dreads. A society willing to empty the shelves of pharmacies with the illusory goal of bombing the symptoms rather than getting off this roundabout of collective madness, meditating, just a little, and asking themselves what is the real source of the problem.

I remember one day, many years ago, I consulted a doctor (who was also a naturopath) about a bad case of flu I was suffering from. I asked him if I should take any medication and he told me that: "If you take drugs, it will last seven days, and if you do nothing other than drink soups, juices and teas, as well as resting, it will last a week."

A society, which is, as we said, sick to the point of not realizing the mental strength it possesses, not realising the fact that if one constantly calls on recurring bad weather, one ends up stuck in the eye of a hurricane. We are living in times when, due to an extraordinary photonic activity, our thoughts have acquired immense crystallization power, as never before. Never was man so powerful because his brain has never been so fully developed. And to use this power to co-create a pandemic is truly grotesque. And all this regardless of whether or not it is true that there is such a pandemic, which many people doubt.

What I mean to say is that if we spend all day thinking that we are going to be robbed, it is as if we were putting out an ad in the “noosphere” to say: "I'm looking for a thief to help me crystallize my thoughts." Similarly, to have our brain preoccupied with the notion that we need to defend ourselves against the flu and so arm ourselves with the full equipment - masks, vaccines, drugs, quarantines and other circus tricks, - is equivalent to saying to the virus, "Come on pretty baby, come on, I´m waiting for you, I'm creating a mental space for your welcome".

And the virus would answer: "Here I am, I’m indifferent to your masks because you're calling out for me so insistently that I’ll find a way to overcome any obstacle. With regard to your medicines, don’t worry, I'm immune to them, they won´t even cause a scratch. "

If the theatre´s great pontiffs of the absurd (Becket, Ionesco, Genet, Camus ..) should raise their heads, they wouldn’t have to strain their neurons too much to find arguments for their plays.
Countries closing their borders, people locked in their homes, schools closing their doors, it makes one wonder how far we are willing to go towards the greater glorification and exaltation of that virus.

Since it would be considered unacceptable to talk about a problem without offering a plausible solution, we propose an anti virus exercise, which usually works very well with all those who are convinced of its effectiveness.

We meditate sitting underneath a sunbeam, we imagine the sun penetrating our body through our crown (chakra 7).

We imagine that as the sun penetrates into our bodies, its rays are turned into tiny 6-point stars, which are the size of a single cell. We imagine that our entire body has been invaded by these 6-point stars, from head to foot, and that all our cells have been transformed into little stars.

Now we imagine that the little stars have a message inside, the message is LOVE, and as they extend all over our bodies we become invaded with love. We experiment the joy this wonderful feeling brings our body.

We imagine we are cells of an immense body, a body containing all the countries of the world. We can even draw it. We place ourselves mentally in this body, we are a loving cell of this great body. But as love is contagious, we imagine our love is passed on to the cells surrounding us, and they, in turn, pass on to the others cells, and finally we imagine that this huge planetary body is filled with millions and millions of 6-point stars with the message LOVE inside. 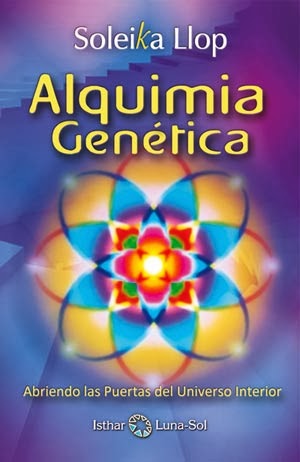